The choice is yours.

INTERVIEWS Are Being Held, APPLY NOW!

The benefits of the jobs are as follows: you will have access to onsite accommodation and for the first two months this will be free. Salaries range from £21,478 to £27,901 (€27,130 – €35,245)depending on experience plus shift differential, based on a 37.5 hour working week. You will be entitled to 27 days annual leave plus the standard 8 bank holidays days in England.

Leicester is one of the oldest cities in England and the county town of Leicestershire. It is the 10th largest city in the United Kingdom and it lies in the East Midlands. Famous faces from Leicester include the revered Sir David Attenborough, crisp eating footballer Gary Lineker and fashion guru Gok Wan.

If history is your thing then Leicester could well be the UK city for you. Leicester has retained a remarkable amount of its past thanks to the buildings that still stand today. As you wander around the city you will find everything from Roman baths to the 19th century canal system.
The city hosts an annual Pride Parade (Leicester Pride), a Caribbean Carnival (the largest in the UK outside London), the largest Diwali celebrations outside of India and the largest comedy festival in the UK, Leicester Comedy Festival.

(Leicester Landmarks: Image Source: Wikipedia)
One of the best known places in the city is Melton Road, near the city centre.
The Leicester International Short Film Festival is an annual event; it began life with humble beginnings in 1996 under the banner title of “Seconds Out”. It has become one of the most important short film festivals in the UK It usually runs in early November, with venues including the Phoenix Arts Centre.

Thanks to the Eurostar which now offers international services from London St Pancras International station and indeed has done since 2007, Leicester Railway Station now effectively has almost direct links to the Europe and the continent.
There are also quick links to elsewhere in the UK thanks to the East Midlands and Cross Country train services which run services from Leicester to stations all over the country. London is only an hour away from Leicester on the Train so you can be in the UK capital in no time at all. Trains between Leicester and London run frequently with as little as a 5 minute wait between trains.
The M1, M69 and M6 are all located within close proximity to Leicester meaning the city is well connected by car to the rest of England and ultimately the whole of the UK.
Leicester to London Map

The Leicester Hospitals NHS Trust is one of the busiest in the UK and has a working team of over 12,000 people who provide services for the 1 million residents of Leicester, Leicestershire and Rutland. The specialist treatments and services in cardio-respiratory diseases, cancer and renal disorders are both nationally and internationally renowned and mean the hospitals also treat a further 2 to 3 million patients throughout the rest of the country.
This means the University Hospitals of Leicester NHS Trust are at the forefront of many research programmes and new surgical procedures and therefore a job here will provide world-class training
Watch the video below for a better insight into what it is like to work at the hospitals in Leicester.


If you fancy relocating to live in one of the oldest cities in the UK that is just an hour away from the country’s capital, at one of the busiest and most innovative hospitals in the NHS trust then apply for your new nursing job now with Kate Cowhig! 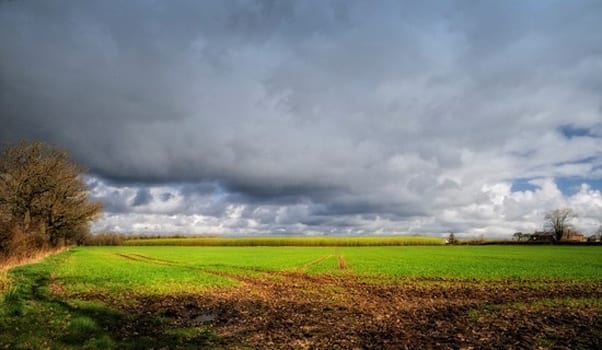 Thinking of Relocating to the UK to kick-start your Healthcare Career?
Next Post >> Fix it Fridays: Work Experience